Buckle up and feel the adrenaline of first-person multiplayer space dogfights alongside your squadron. Pilots who enlist will step into the cockpits of starfighters from both the New Republic and Imperial fleets and fight in strategic 5 vs. 5 space battles.

Modify your starfighter and adjust the composition of your squadron to suit varying playstyles and crush the opposition. Pilots will triumph as a team and complete tactical objectives across known and never-before-seen battlefields, including the gas giant of Yavin Prime and the shattered moon of Galitan.

Take control of starfighters such as the X-wing and TIE fighter. Customize loadouts and cosmetics, divert power between weapons, shields, and engines, while immersing yourself in the cockpit. In addition, players will have the option to play the entirety of the game in virtual reality (VR) on PC!

Learn what it means to be a pilot in a thrilling Star Wars single-player story set after the events of Return of the Jedi. Seen from alternating perspectives between two factions, iconic and emerging leaders on both sides are battling for the galaxy. The New Republic fights for freedom. The Empire demands order. We need you to join the galaxy’s finest. 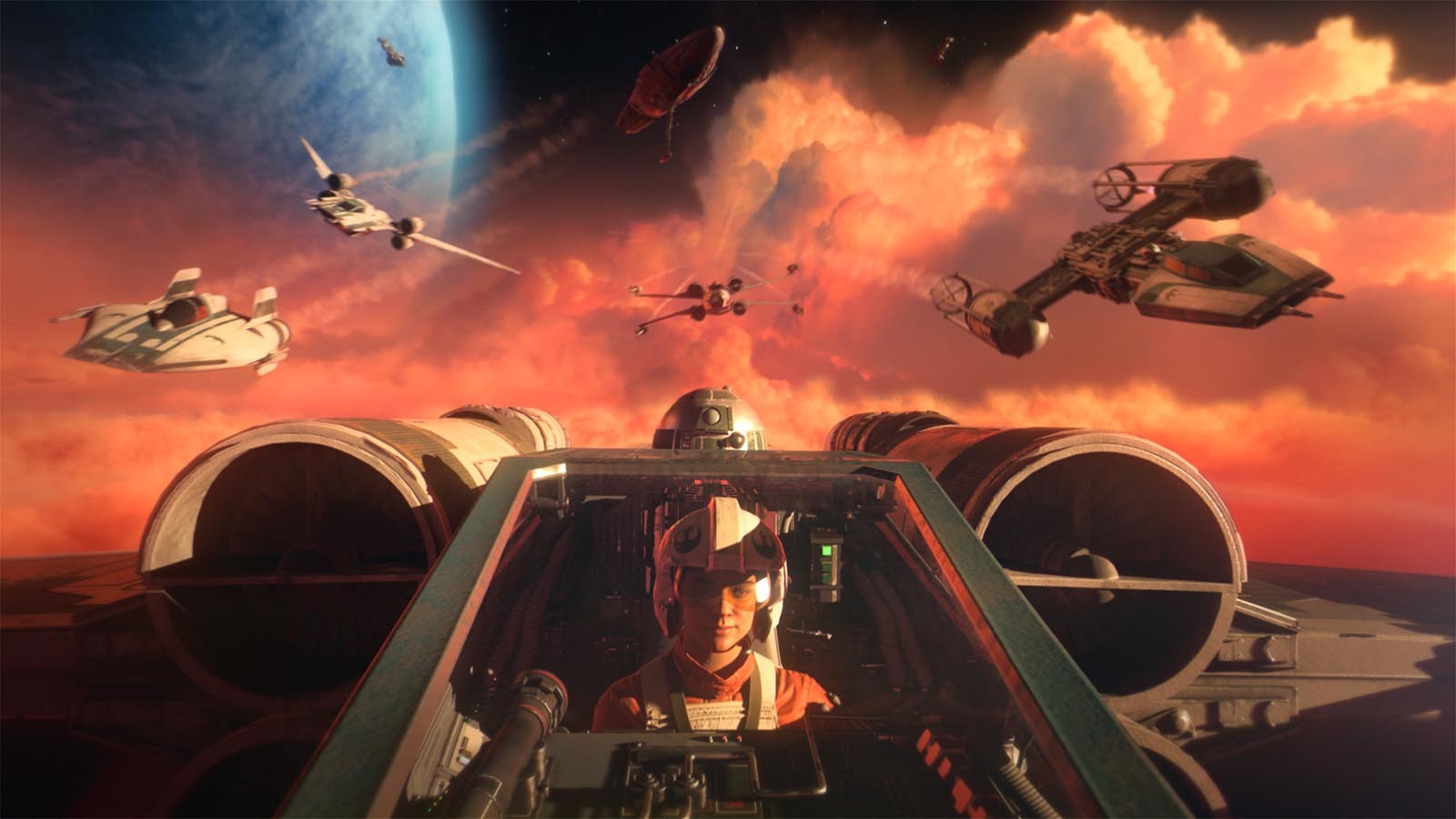 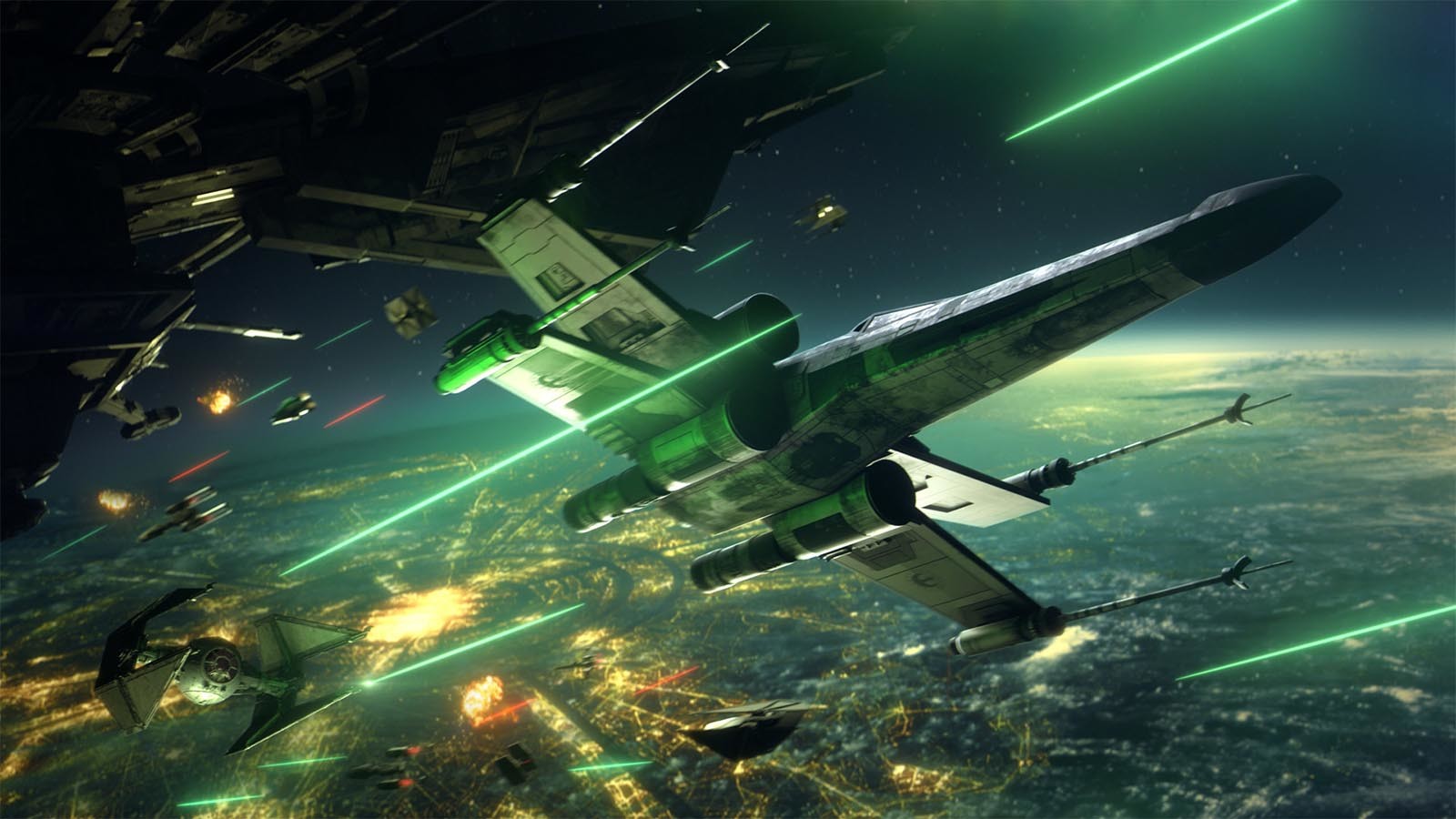 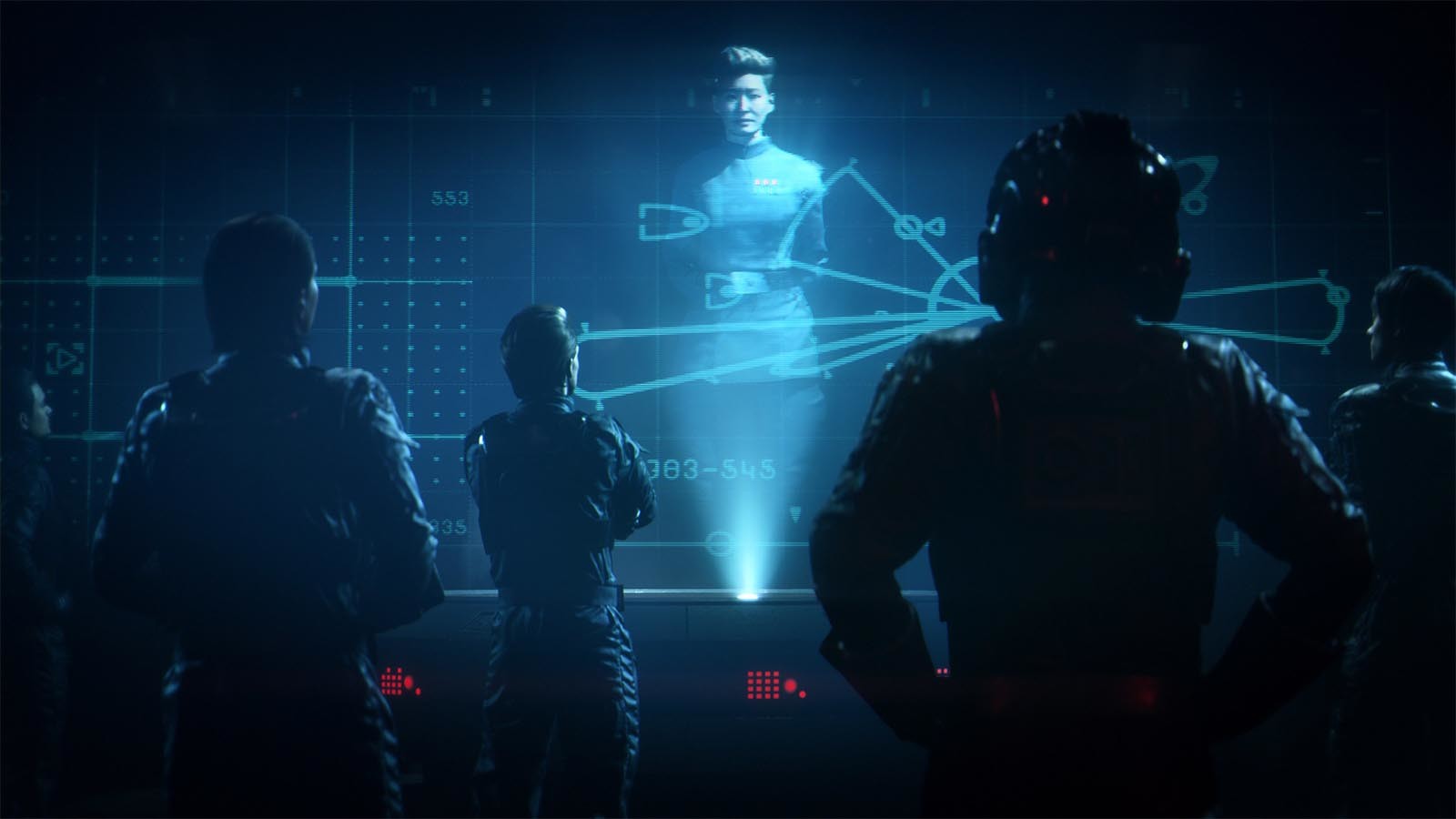